Nary a year goes by when Mercedes-Benz doesn’t roll out a showroom’s worth of new and updated cars and crossovers, so many, in fact, that it has essentially created multiple sub-brands to manage it all: AMG for go-fast, Maybach for high-end luxury, and now EQ for electrified.

The all-new 2020 Mercedes-Benz EQC400 4Matic marks a first for the three-pointed star’s emerging EQ electric-vehicle strategy, ushering in what Benz is billing as a new era of mobility for the marque. Like Audi (e-tron) and Jaguar (I-Pace), Mercedes decided to start its electric-vehicle push with a crossover, which makes sense given that’s where much of the market action is at present. Although it’s built on the same line as the GLC-class, which itself has been updated for 2020 and will be available in coupe and AMG flavors in addition to the base model, the EQC is 85 percent its own thing. 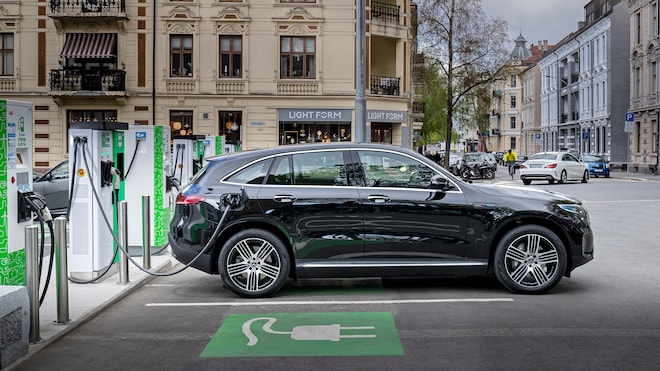 Powering the EQC is an 80-kWh lithium-ion battery pack that delivers the juice to two asynchronous electric motors that spin the wheels, one at each axle. Overall system output is rated at 402 horsepower and 564 lb-ft of torque. Although Benz won’t comment publicly about the EQC’s EPA-estimated range until closer to its launch here next spring, the scuttlebutt is that it will come in somewhere north of 200 miles to a full charge.

Mercedes did tell us during our brief drive of the EQC in Norway that it will do the electric boogaloo from zero to 60 mph in 4.9 seconds, and we wouldn’t argue with that number after our time at the wheel. Overall, we found the EQC drives well, comes loaded with the latest in Mercedes tech, and is aimed at more of a luxury-themed buyer looking for a quiet and comfortable-riding EV. 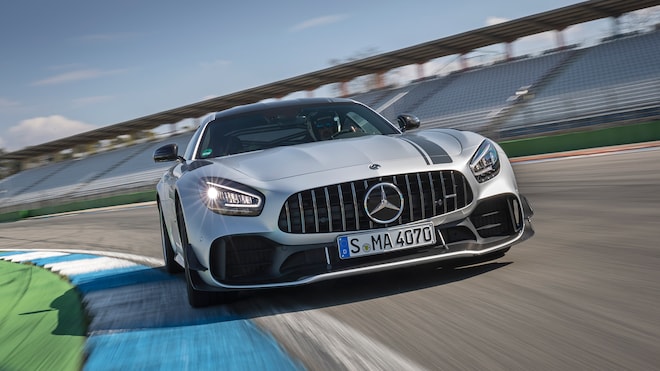 Quiet is miles from the first word we’d use when describing what the Mercedes-AMG crew does to Benz’s models, especially to its exclusive GT series of cars. AMG’s latest in-house creation is the AMG GT R Pro, a track attacker we recently drove that leaves the GT R’s 577-hp 4.0-liter twin-turbo V-8 and seven-speed dual-clutch untouched and focuses instead on chassis tweaks borrowed from AMG’s GT3 and GT4 race cars. You don’t have to be a pro racer to drive it, but you had best know how to get around a circuit (and have a very large bank account) if you’re seriously considering one.

On the more pedestrian and attainable side of the AMG ledger are the 2020 A-class and CLA-class AMG 35-series cars powered by a 2.0-liter four with a healthy 302 horsepower mated to AMG’s seven-speed dual-clutch automatic, along with an AMG-optimized all-wheel-drive system and suspension setup. Given its sloping, coupelike profile, the CLA35 (the updated CLA line is making its debut for the 2020 model year) looks a bit edgier, but if you’re in the market for a wicked little compact sedan, either will do. And if you want even more gas, AMG 45 versions aren’t far behind with a massive 416 horses from that turbo four. 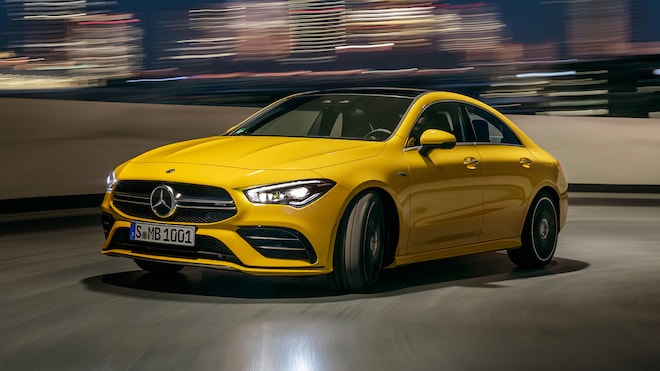 As for what’s happening in the Maybach high-end luxe realm, things have gone relatively dark since Benz rolled out its Mercedes-Maybach 6 coupe and convertible concepts, but we’re betting we’ll see a Maybach-themed coupe sooner rather than later. First, though, will come the Maybach version of the GLS class; that’s scheduled for an unveil later this year.

Another model Mercedes just announced for production is the Mercedes-Benz GLB-class (and its attendant GLB35 AMG version), a compact crossover being billed as a mini G-class in approach.

The post Mercedes-Benz and AMG for 2020: It’s Getting Seriously Hot in Here appeared first on Automobile Magazine.