The 650 Twins are considered as one of the best motorcycles ever made by Royal Enfield. This not just the case in India where the bikes are doing pretty well but all across the world. The Interceptor 650 and the Continental GT 650 have already created a space for themselves among the mod circuits around the world. Ever since they were launched, both the bikes have been lauded for how much they offer for the relatively little amount they cost. Now, an American bike publication which goes by the name of Cycle World has declared the Continental GT 650 to be better than the Kawasaki W800 Cafe on several fronts. To let you know, the Kawasaki W800 Cafe is also a retro-themed twin-cylinder bike that aims at reproducing the old world charm but with a modern touch. The bike is sold in India too but only the Street variant is available here, which comes with a few changes including that semi bikini fairing. The Royal Enfield Continental GT 650 is also a retro cafe racer themed bike that carries a retro design which camouflages all the modern elements it has on the inside. Now before we get to what the reputed American publication had to say about the bikes, let’s take a look at their mechanical configurations. 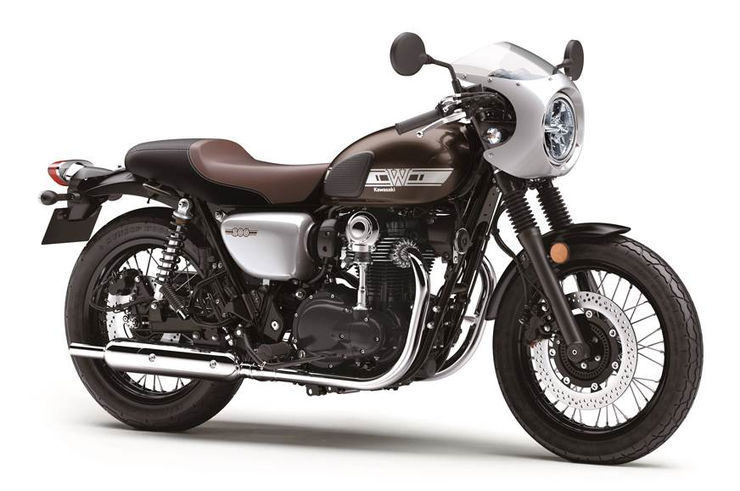 It also features a sturdy chassis which inspiring confidence while riding and the bike offers very low vibrations even at high speeds. It also offers crispier clutch and throttle response and comes with better tires from the factory. It even did better in the braking department which is another compliment for the India brewed bike.

There are a few niggles present on the Continental GT 650, of which some can’t be overlooked. This includes the seating position of the bike, which renders the rider tired when riding for long. The placement of the footpegs and the handlebar simply blocks its true potential. Another disappointment came from the saddle itself, which the guys at Cycle World described as: ‘the accessory single seat fitted to our test unit felt like a thinly-padded piece of lumber’.

Back in India too, the 650 twins have often received criticism over their seats by owners but this is something that can be fixed quickly via the aftermarket route. Coming to the other issues on the Continental GT 650, the front lever had a wooden feel under hard braking and the switchgear was of relatively lower quality. The last point, however, can be neglected as the Continental GT 650 also costs a whole lot of less money than the Kawasaki W800 Cafe.

On a whole, the people at Cycle World stated that the Royal Enfield Continental GT 650 is an awesome value for money package and apart from a few niggles, the bike is an excellent option to buy. Well, kudos to Royal Enfield as this is yet another of the many praises the 650 twins have received since their launch.